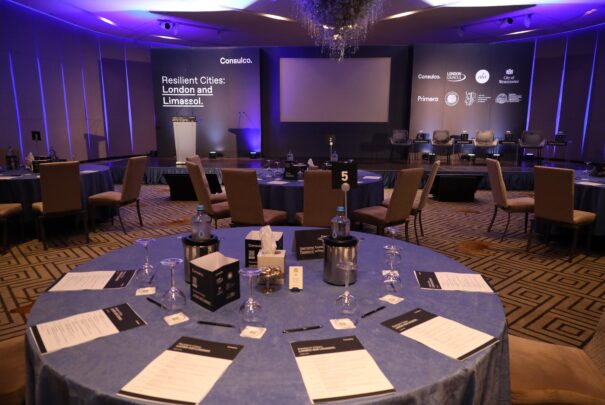 Consulco brought together London and Limassol.

The comparative advantages of the two cities were presented yesterday during Consulco’s hybrid conference.

An exceptional dialogue took place during the hybrid conference “Resilient Cities: London and Limassol” organized by Consulco, on Thursday 16 June 2022 between London and Limassol, where speakers from Cyprus and Britain exchanged views on the two cities and their development. Consulco brought together key London and Limassol policymakers for a discussion on the differences and similarities between the two global investment hubs, focusing on what they can learn from each other. These are, after all, two cities and economies of the world that have shown tremendous resilience despite the blows they received from the pandemic and the effects of the Ukrainian crisis.

The conference was attended by:

London and Limassol were placed under the microscope and examined as two metropolises that have shown significant developments in the business and investment world after the pandemic and the Ukrainian crisis and are preferred destinations for both locals and foreigners. The authorities and institutions of Limassol and London elaborated on experiences, opportunities and reflections, representing each city accordingly. On the one hand, the British capital, which is considered one of the best places for business as its skills, know-how, investment momentum, green financing and innovative fintech sector, turn it into a strong base for international investment managers and property owners and on the other hand Limassol which is developing rapidly and now puts Cyprus on the map of foreign capital.