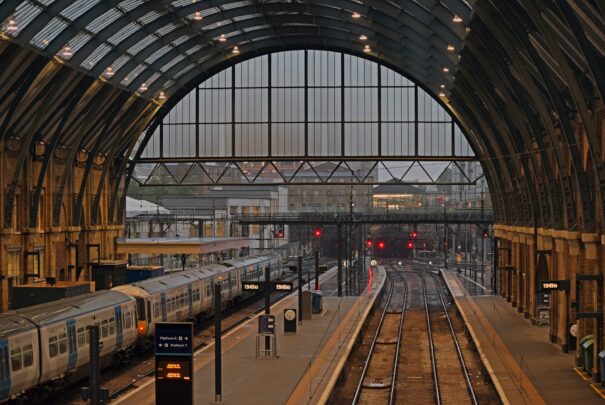 Google has announced that it will invest $1 billion to acquire its office building on London’s Tottenham Court Road, in a large bet on its staff returning to work.

The future of the office had been uncertain because of Covid-19 lockdowns, but Google gambled big on work finally resuming to normal on Friday. The Silicon Valley titan is making the move despite the fact that it is simultaneously constructing a massive new headquarters in nearby King’s Cross because it believes in the office “as a venue for in-person collaboration and connection.”

“We aim to revitalize the workplace.” We’ve made the decision to rebuild. “We’re purchasing these buildings because we want to see everyone come back in and see a dynamic office again,” said Ronan Harris, Google’s UK head.

When combined with Google’s other buildings in the UK, the purchase of Central St Giles will offer Google the potential to house 10,000 employees. It presently employs 6,400 people in the UK, but it claimed it had generated roughly 700 jobs in the last year and has 165 unfilled vacancies. The workplace will be remodeled to provide hybrid, flexible working spaces rather than crowded floorplans, as well as outside covered places for individuals to work outside in the fresh air. Google stated that it still expects around one-fifth of its personnel to work remotely even after the pandemic’s crisis.

“We have had the honor of operating in the UK for over 20 years, and our purchase of the Central Saint Giles development demonstrates our continuous commitment to the nation’s growth and prosperity,” said Ruth Porat, Google’s chief financial officer, in a statement. Google will become a landlord to the current Central Saint Giles enterprises, including NBCUniversal, stating that the purchase will have no effect on the renters.

As businesses seek out new ways to work to avoid the consequences of another shutdown or perhaps the next pandemic, certain industries, like hospitality and brick-and-mortar retail, are more eager for a comeback to office life than others.

Chancellor Rishi Sunak said: “This investment in jobs from Google is a big vote of confidence in the UK as a world-leading tech hub. It is also proof that this country continues to be one of the most attractive places in the world for leading firms to grow their business.”

“The tech sector will play a pivotal role in our future economy and help drive forward our recovery from the pandemic and we are committed to creating the right environment to ensure it continues to thrive.”, the Chancellor added.

London’s Mayor Sadiq Khan, said: “Google’s latest investment in London is fantastic news sending a clear message that our capital is a global draw for investment, business and talent. This will help London maintain its position as a world leading technology hub.”