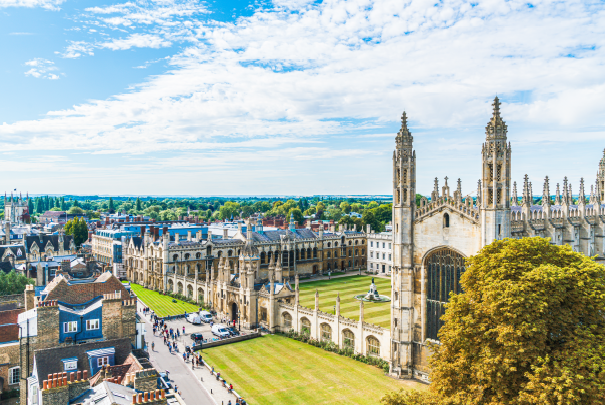 Recognising the innovation and growth of the ‘golden triangle’, the UK government has earmarked £5.5 billion of infrastructure spending along London’s norther edge, ‘The Arc’, also known as the ‘Brain Belt’. This is the corridor of land between Cambridge, Milton Keynes and Oxford, an area which has the potential to become one of the UK’s biggest economic centres due to its concentrated cluster of international universities, renowned start-up ecosystem and density of high-growth science and tech businesses.

The Arc could support significant growth in the UK, and important to this is improved transport and housing infrastructure. Sir John Armitt, Chairman of the National Infrastructure Commission, said that “The Arc is in desperate need of new homes and improved transport links, for the benefits not just of residents but to the country as a whole”.

The education and innovation sectors are also lower beta, i.e. their economies and commercial real estate markets could be impacted less by cyclical downswings. For example, Cambridge experienced stable or increasing rents and compressing prime yields throughout the Global Financial Crisis, while Oxford felt only one year of negative rental growth. Both markets are seeing an increase in investment grade stock and their commercial real estate markets are being accessed by institutional capital.

While there is established road and rail infrastructure between London, Oxford and Cambridge, the weakest part of the ‘triangle’ has always been the east-west axis between the two latter cities. The East West Rail project also called ‘Varsity Line’ will re-establish a railway linking Oxford and Cambridge via Bicester, Milton Keynes and Bedford, with the preferred route for the central section, between Bedford and Cambridge.

In addition, A 35-mile expressway between Oxford and Cambridge, via Bedford and Milton Keynes, had already been announced, with the aim of helping employers in the area, to attract specialist workers and become more competitive. The Oxford-Cambridge Expressway road will be completed by 2030, providing over 1 million new homes in the arc by 2050.

Both the Varsity Line and the Expressway are major infrastructure projects which entail complex planning and construction.  The regeneration of the defunct rail network between Oxford and Cambridge is one of the biggest investments in the railways since the Victorian era and is set to be one of the most strategically important rail projects in the UK.

Until the onset of Covid-19, demand for office and lab space has been fast outstripping supply. A scenario produced for the National Infrastructure Commission indicated that nearly 950,000 new jobs could be created in the Oxford-Cambridge Arc by 2020, but an additional 50% of commercial floor space across the region will be needed. In March 2020, it was reported that the UK had a tiny percentage of available lab and R&D space compared to that of the other global cities.

The Oxford to Cambridge arc provides:

The national Infrastructure Commission identified the need for at least one million new homes across the Arc up to 2050, while the Mayor’s Draft London Plan gives a target of 65,000 new homes per year to 2030. Providing the right infrastructure, the Oxford to Cambridge Arc could become one of the largest education and innovation sectors in the world.